In this episode we celebrate the 300th episode of Cider Chat and release a new cider song titled “Strange Apples”!

This song is one part poking fun at ourselves as cidermakers and enthusiasts for all things cider. I began writing this song one night while sitting along on a sailboat in the Santa Cruz Harbor in Santa Cruz California in August of 2021. I was in town taking care of family (my mom) and had a couple hours to myself, so I squirreled away on my brother’s boat with the intention to put to song a little ditty that was playing out in my head. I wore head phones so that I wouldn’t be cranking the tune and waking the liveaboard sailors around me. Water is my muse, having grown up on a river bank and spent many a night singing with my cousin Jay and friends as we floated down the mighty river.

In a few short days my cousin Jay and I, would go into the Santa Cruz Recording Studio and do the final wrap to this new cider song titled “Strange Apples”. 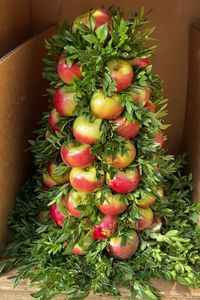 A holiday tree adorned with Lady Apples – yes they are real 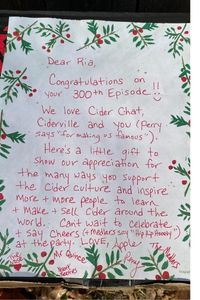 Jay Who wants a tannin bomb?

Ri I want a tannin bomb?

Jay Who wants to pull them down?

Ri I’m gonna pull them down.

Jay Got those Straange Apples

Ri Who wants a tannin bomb?

Jay I want a tannin bomb?

Ri Who wants to pull them down?

Jay I’m gonna pull them down.

R&J For you and me 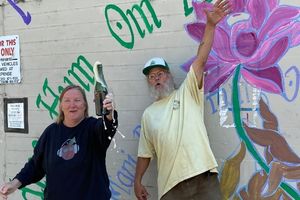 Looking back at Season 6 of Cider Chat

50 episode from #251 – 300 introduced cidermakers from Germany and throughout North America. Hear their voices and hello on this episode 300.

For historical notes – let us never forget that Season 6 and 5 were completed during a world wide pandemic.

Find all archived episodes for Season 6 and past season at https://ciderchat.com/podcast 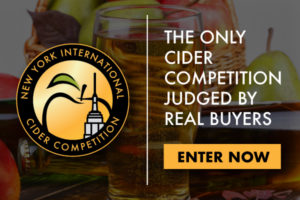 Find this episode and all episodes at the page for Cider Chat’s podcasts.

Haven’t downloaded this episode yet? Here it is again for your listening pleasure.