Gary Flowers is a keynote speaker, radio host and the tour guide who leads the Jackson Ward history tour. The tour was one of a number of pre-conference tour offerings for CiderCon2022 attendees who had flocked to the city of Richmond, Virginia in the first week of February. The food and cider was abundantly delicious, with stops at the wildly popular restaurant MamaJ’s and Cheddar Jackson. But it was Flowers who really stole the show and kept our small group riveted with fact after fact on the history of the Jackson Ward community. 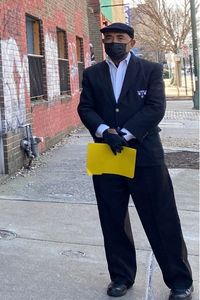 In this episode hear the beginning of the tour with Gary Flowers.

In Part 2 of Keynotes from CiderCon 2022

Diane Flynt provides the opening keynote for CiderCon 2022 and encouraged the audience to embrace the story of Apples! Hear in this episode her full keynote address! 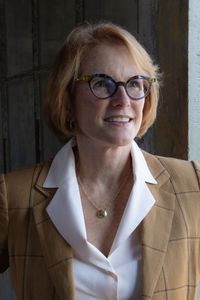 A bit about Diane Flynt via the American Cider Association website

“Diane began in 1997 when she founded Foggy Ridge Cider, the first licensed cidery in the South, by planting cider apples, including many southern varieties. From 2004-2018 Foggy Ridge Cider produced 5,300 gallons a year of orchard-focused ciders that were distributed across 15 states.

Flynt herself was nominated for the James Beard Award for Outstanding Beverage Professional in 2015 and 2016, and was a finalist for this award in 2017 and 2018. She on cider, farming and food culture in national and regional forums.”

Mentions in this Chat

Support these Sponsors of Cider Chat so they can continue to support this podcast and help you make great cider!

Find this episode and all episodes at the page for Cider Chat’s podcasts.

Haven’t downloaded this episode yet? Here it is again for your listening pleasure.